In Progress Video: To Have and to Hold

I bequeath to my wife $140 in money, on hand also three negros, Edmund about 24 years, Betsy about 20 years and Hannah 5 years, to have and to hold the aforesaid property during her widowhood gathered with the proceeds thereof.

In public, white culture generally laments its history of slaveholding and white supremacy but hardly ever is this history a personalized history.  The erasure of the white community’s specific, familial participation in 400 years of systemic criminality distances individuals from the moral and ethical questions of historical responsibility.  The video To Have and to Hold attempts to bring those questions to the fore through the intimacy of family ties and the dissolving of the myth of distance.

The work is a video screen capture of Virginia’s computer with Virginia narrating layers of research illustrated by pre-filmed videos, charts, Skype interviews, documents and photos.  The work jumps from present to past mixing her research from the early colonial period, current affairs articles, parts of her father’s FBI archive, and her own field research. 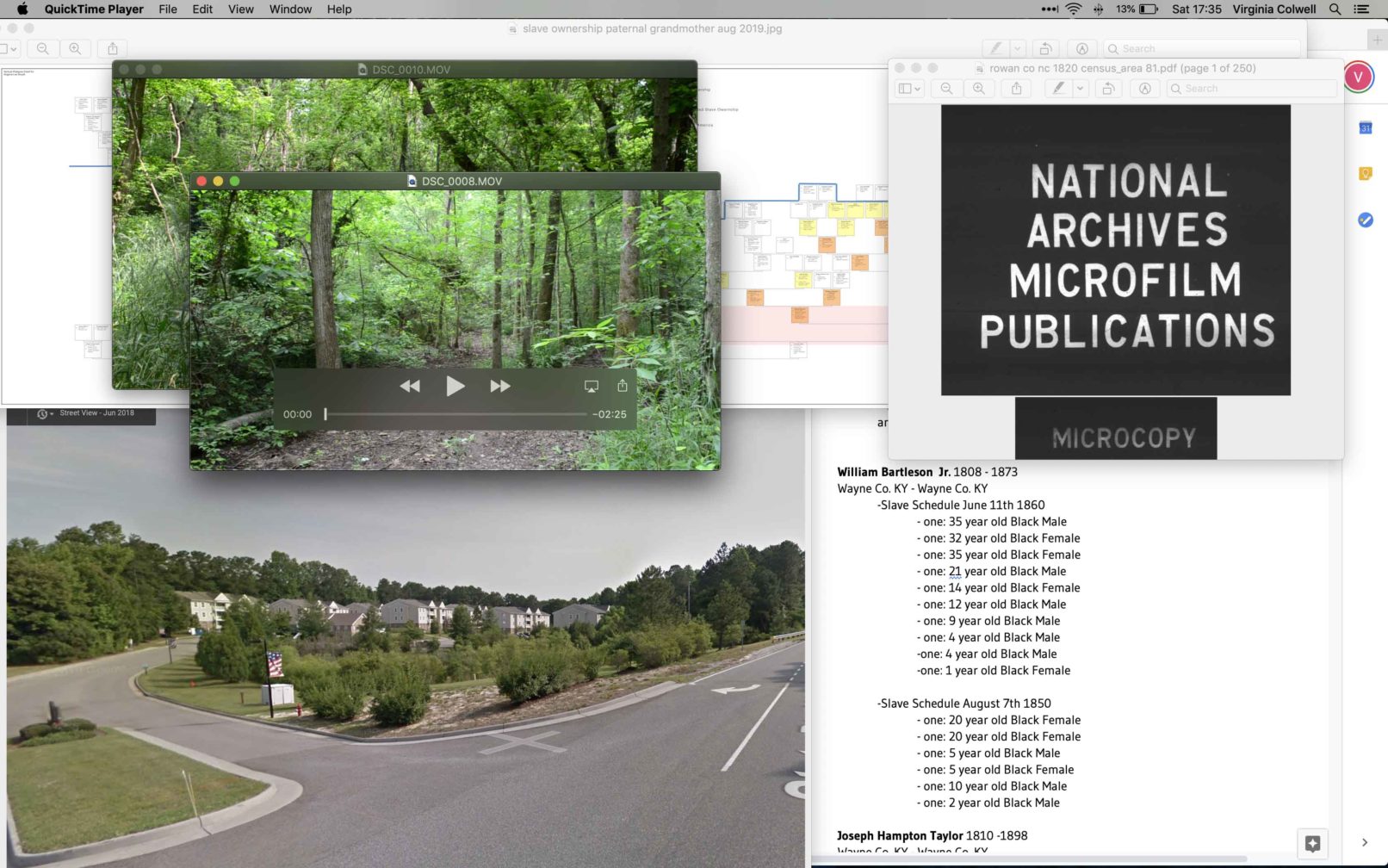